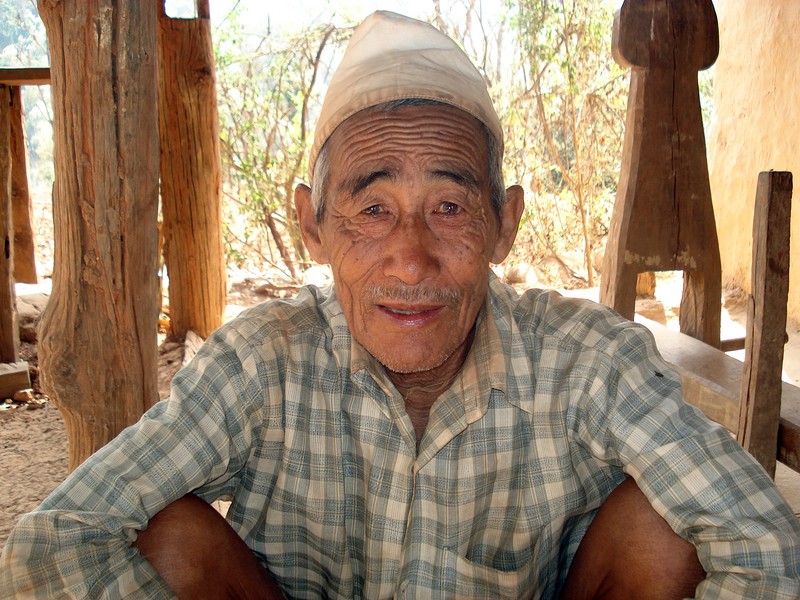 Making the thought count: Pension provisions need to be accessible to Nepal’s elderly

“A proper mechanism for implementation is needed to address the practical shortcomings of this important and commendable initiative.”

Ageing is inevitable. Life becomes a challenge as we grow old, particularly from an economic perspective if you’re in Nepal, something I was reminded of after a recent research trip to Liwang, Rolpa. In Nepal, being elderly without sufficient savings or anyone to look after you is a common occurrence. During the course of the decade long armed conflict led by Maoist insurgents between 1996 and 2006, which claimed around 13,000 lives and displaced over 200,000 people [^], Nepal’s elders were physically unable or reluctant to leave their homes, despite some living in areas heavily affected by the conflict. Many lost their children or saw their sons migrate out of Nepal.

This context, combined with changing perceptions amongst younger generations about their role and responsibilities [^] in the traditional family set-up, seems to have resulted in a breakdown of traditional forms of social solidarity [^], and has left the elderly largely neglected.

In attempt to address this issue the government of Nepal has created an inclusive social pension in 1995, the Old Age Allowance, which every elderly Nepali has the right to obtain. Thousands of elderly are now entitled to the benefits every month. However, geographical remoteness, high travel costs and poor implementation, due to weak local capacity to implement this reform, means that this right has yet to be realised. A proper mechanism for implementation is needed to address the practical shortcomings of this important and commendable initiative.

On Sept 25 2012, I went to Liwang, Rolpa, often remembered due to the insurgency, to conduct a survey on livelihoods, basic services and social protection for the Secure Livelihoods Research Consortium. Rolpa is spectacular, but its landscape is difficult to traverse, even for the fit and able. Imagine imposing high hilltops and cliffs with treacherous sharp drops. The sheer difficulty in reaching those we were hoping to interview made me wonder how the elderly residing there managed to get to the district headquarters to collect their allowance.

Whilst staying in Liwang, I spoke to many elders who told me about the pension scheme, how they spent the money and the difficulties involved in obtaining it. Many were forced to rely on relatives to help them undergo the journey, when and if they were well enough to travel. Those living relatively close to the pension distribution headquarters had easier access, but for those living further away the journey was often out of the question. Even after having completed the journey, some arrived to find they were unable to get what they were entitled to thanks to an inadequate flow of funds from the central budget, resulting in a waste of time, effort and money. Because of this, many of those interviewed showed no interest in collecting their money, stating that the cost and uncertainty involved was too high.

Interestingly, those who were receiving the benefits, despite the difficulties, were content that the state was doing something to support them and saw this as a sign of respect.  As one senior citizen said, “We are happy, not because we get Rs 500, but because the state has dignified us at this age.”

The most positive impact the state pension seems to have made so far is the dignity it ascribes to the elderly and its attempt to be inclusive, as there is no ethnicity or caste barrier. The major hurdle seems to be the disproportionate cost and effort that goes into accessing the pension scheme, which is deemed largely unreliable. Fixed collection dates and adequate funding allocation were the two main recommendations suggested by the elderly interviewed. As an 80 year old elderly man affirmed, “What is Rs 500 when we have to walk for hours and come back empty-handed after being told that the money has not arrived?”

The provision of this allowance is an important and widely appreciated first step towards offering security to those elderly people without an income and living alone or in rural areas, but more work needs to be done to overcome issues around accessibility and the mechanisms needed to deliver the pensions so elderly people in the remotest areas are not excluded. This could be achieved through creating a reliable means of acquiring the allowance, ensuring regularity in payment, as well as monitoring and assessing the impact of the provision. SLRC’s partners in Nepal, NCCR [^], will be conducting a survey looking at the Old Age Allowance at the end of 2013 in Bardiya district to assess the effectiveness of the scheme.

We laud the state for the thought given to our nation’s respected elderly, but adding effectiveness to it will make that thought count for more.