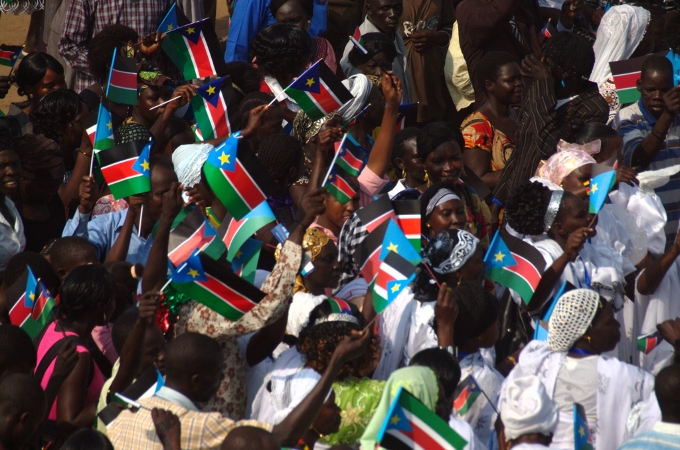 Political loyalties in South Sudan are never set in stone, nor are they simply “tribal”. Allegiances may be complex, conflicting, and ultimately dependent on whatever seems to offer the best chance for survival at any given moment.

The descent of South Sudan from relative stability to virtual chaos has happened with breathtaking speed over the past week. While tensions within the ruling political party, the Sudan People’s Liberation Movement (SPLM), had certainly been brewing for months, it remains remarkably unclear exactly what happened on December 15 to set this crisis in motion.

Did SPLM Deputy Chairman and former Vice President Riek Machar try to stage a coup? Did Machar conspire with former first lady Rebecca Garang and a group of resentful former cabinet ministers and governors to unleash rebellion within the SPLA (the national army) and overthrow President Salva Kiir? Did an escalated dispute involving presidential guards present Kiir with an opportunity to lay mutiny charges at the feet of his opponents, thereby taking down his opposition and avenging recent challenges to his leadership? Are these political leaders literally and figuratively rallying their “tribal” troops and inciting violence along ethnic lines in service of their own designs on power?

Those questions and more have been extensively [^] debated [^] elsewhere, [^] but the answers remain murky. Less clear still is how this will all play out, and whether the situation will get worse before it gets better. Despite the return of an uneasy calm to Juba, and government declarations of normalcy and control, the situation has already “mutated into something that threatens the whole country [^]“. Violence has spread to multiple states, including the oil-rich northern states such as Unity, and ever-restive Jonglei in the east.

As we write in a forthcoming—and suddenly even more timely—conflict analysis of ongoing tensions in Jonglei for the SLRC South Sudan project, “[n]ational political dynamics have also shaped conflict at the local level. The struggle between Dinka and Nuer elite for political and economic dominance is regularly highlighted as a major potential flashpoint of larger national conflict, and Jonglei is widely expected to be a major source of violence if such a conflict were to erupt.”

That conflict has now certainly erupted, and Jonglei is indeed a battleground. General Peter Gadet, a rebel leader turned (and un-turned, and re-turned…) SPLA commander, has reportedly defected again [^] with a contingent of SPLA soldiers, and has taken Bor town, the capital of Jonglei. Approximately 14,000 civilians have sought shelter [^] at the UNMISS base in Bor, and tens of thousands more have been displaced from the town. An attack [^] yesterday (December 19) on the UNMISS base in Akobo county, which neighbors SLRC study sites in northern Jonglei, resulted in the deaths of two Indian UN peacekeepers and at least 11 civilians [^]. Sporadic fighting has been reported all over the state, including Akobo, Gumuruk, Likuangole, Pibor town, Pochalla and Waat.

Perhaps the most unsettling question of all is not where the crisis came from, but whether anyone is actually in charge. The government and media continue to attribute skirmishes across the country to “rebels” and “forces loyal to Machar,” but there is little evidence that it is an organized or cohesive movement. It is unclear whether Gadet and Machar have even spoken to one another, much less [^] that they have put aside their historical animosities and gone into cahoots. Most of the fighting appears to be between factions of SPLA troops—though the attack on UNMISS in Akobo has been blamed on “Nuer youths” [^](approx. 2,000 of them)—and all of it is currently taking place in remote reaches of the country where communication can only occur by satellite phone (and the remarkably efficient rumor mill).

The arm of the state in South Sudan has never been long, and its authority over even nominally loyal troops in the field is now uncertain. Under such circumstances, the “rebel movement” framing is even more questionable. Unity and coordination among disparate groups under leaders with a variety of grudges against the government and one another is possible, but seems improbable. A simpler and more plausible explanation is that the fighting factions on the ground are answering to a variety of national or local actors, or no one at all.

In the meantime, framing these developments as an organized rebellion with Machar at its head, with an arrest warrant out for him and 13 other leaders of the SPLM opposition in prison already, may actually be pushing the former VP to fulfill the role of rebel leader in order to shore up his negotiating position. The international community is pinning its hopes on dialogue, with a delegation of ministers from Ethiopia, Kenya, and Uganda now in Juba, but it is unclear that even sincere negotiations between Kiir and Machar—not yet a given, by any means [^]—could actually result in a cessation of hostilities between actors on the ground.

Further worrying is the relative silence thus far from other groups not known for staying out of the fray. That includes Murle rebel leader David Yau Yau, who is allegedly responsible for numerous attacks and hundreds of deaths in Jonglei over the past several years. As Luka Biong Deng, a prominent South Sudanese academic and an SLRC advisor, pointed out [^], it also includes the Sudanese government in Khartoum, whose own economy and stability are dependent upon the continuing flow of oil from the fields in Unity and elsewhere in South Sudan, and who may therefore be unlikely to sit idle while violent developments in those areas threaten such a vital source of income for both countries.

As the forthcoming SLRC conflict analysis highlights, political loyalties in South Sudan are never set in stone, nor are they simply “tribal,” despite the ease with which that explanation fits into popular narratives about conflict in Africa. Allegiances may be complex, conflicting, and ultimately dependent on whatever seems to offer the best chance for survival at any given moment. The survival of individuals and families has never been assured in areas like Jonglei, where the lack of security, services, and infrastructure created a situation of immense vulnerability long before the current crisis. But it has perhaps never been as precarious as it is today.