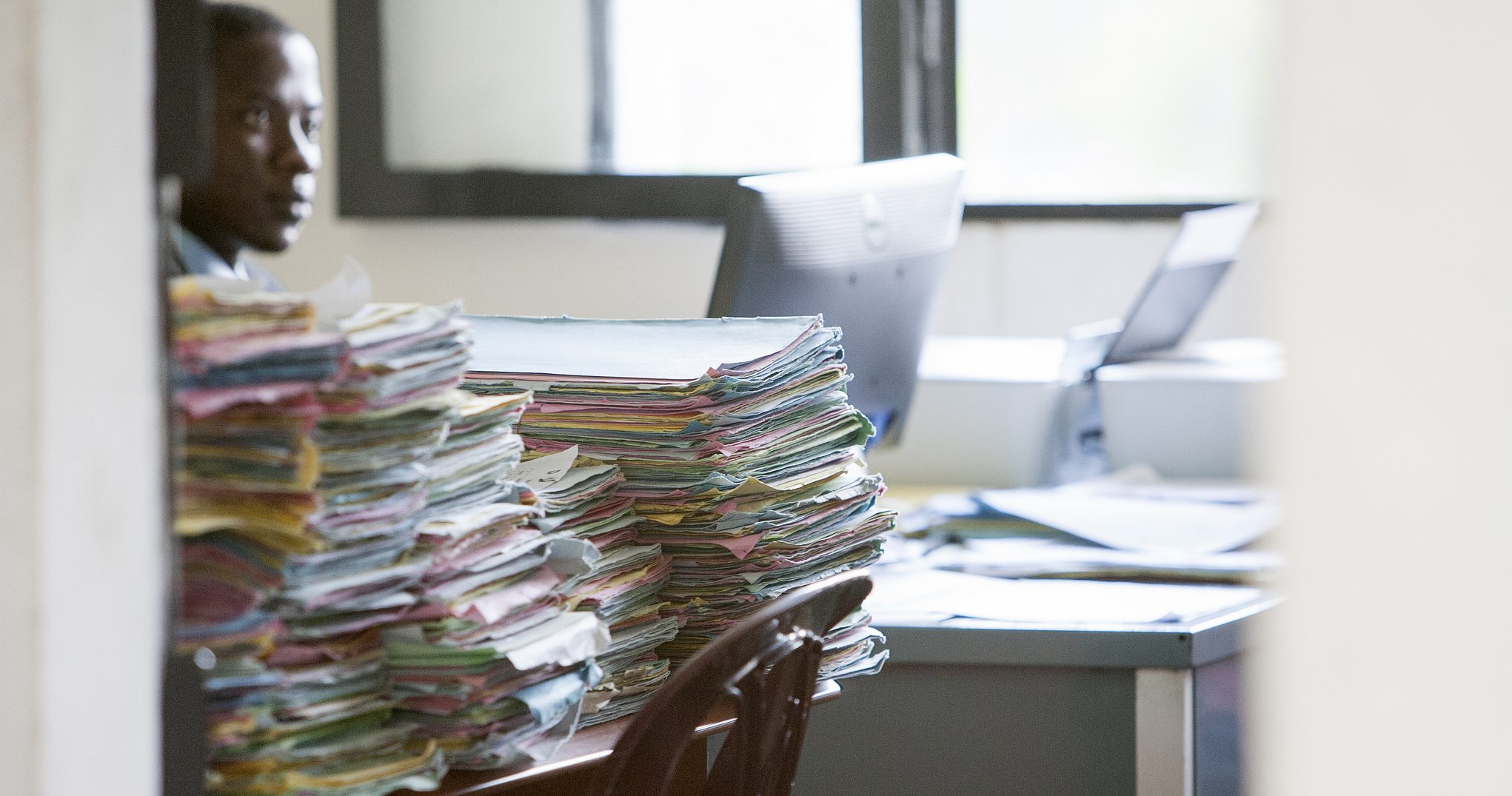 The challenge of retirement in the Congolese administration

‘Retirement equals death’ is a phrase often heard among civil servants in the Democratic Republic of Congo. It aptly describes the reality of exercising public office in an environment where the state has ceased delivery of public services. In a setting where retirement has been de facto suspended due to a lack of available resources, the phrase may seem enigmatic. It simply refers to the fact that, if restricted from the workplace and therefore from income-generating opportunities, which for most enables survival, one is relegated to a ‘mouroir’ – a place of death.

Congolese civil servants harbour few illusions about the ability of the state to provide pensions and social security. Given the state’s track record, they also remain suspicious of initiatives aiming to reinstate these practices and are therefore reluctant to adhere to them. This poses a major challenge for policy-makers seeking to make reforms in this area: how do you find allies among a group of people your policies may deprive?

The scope and magnitude of the problem

From a political economy point of view, the larger question is whether the state administration can be transformed from an instrument of political clientelism into an effective civil service – the backbone of a developmental state. The need for retirement in the ageing Congolese administration is hard to overstate. Due to the paucity of employment opportunities, the public sector remains a major patronage-based recruitment pool, but it is devoid of ‘exit points’. Consequently, the government has attempted to solve the issue by allowing over age civil servants to stay on the job and receive their salary (the ‘retraités debout’) as a palliative measure. In effect, they have suspended retirement. In the health sector for example, this means that old, unproductive health workers often linger around offices while continuing to receive their remuneration, while other, younger recruits who are working – due to the complexities of the public wage system – are devoid of a salary and live off user fees.

Recent official figures from 2017 place the number of personnel eligible for retirement at around 250,000, but these figures exclude the army and teacher workforce. In the education sector, more than 50,000 teachers and administrative staff, or around one sixth of total employment in the sector, have reached retirement age. These figures indicate not just the importance of the problem of retirement as such but also how crucial it is for the functioning of the state administration as a whole.

In recent years, the Congolese administration has been the target of, amongst others, a $77 million World Bank-funded retirement and rejuvenation reform project. A brief look at this issue can help us highlight not only the magnitude of the challenge taken on by the World Bank, but also the political dilemmas that underpin its implementation.

The issue of retirement is not the only facet of the government’s administrative reform strategy funded by the World Bank. However, retirement is key insofar as it conditions several of the other objectives of reform: in the absence of departures of overage personnel, it is hard to see how control over the wage bill can be achieved, how key ministries can be restructured, or how rejuvenation and merit-based recruitment could be achieved.

A major challenge consists in securing the necessary resources: the government is unable to pay neither end-of-career allowances nor pensions, short of which retirement is impossible. While the World Bank has offered to cover end-of-career allowances for a set number of civil servants, the whole process hinges on the government being able to render the recently created pension fund operational.

The challenge of implementation

This fund faces several key problems. First, according to current legislation, pensions are calculated on the basis of base salaries. But base salaries in the DRC are very small, almost symbolic (less than $60 for the highest ranking officials), and most of the remuneration is composed of salary supplements known as primes. As ongoing SLRC research shows(see here and here), this supplement-based remuneration system is vastly opaque and conceals very strong inequalities across sectors and institutions). This means that in the absence of a rationalisation of payroll scales and their composition, the pension fund will be unable to deliver pensions which are sufficiently attractive to convince civil servants to take up their pension.

The issue of governmental commitment

Indeed, insofar as administrative reform is almost entirely World Bank-funded, there is a sense in which the national authorities have afforded this initiative just enough priority to avoid losing access to much-needed external support. A good case in point came in May 2017, when only under severe World Bank pressure, around 1,000 civil servants, including over 35 Secrétaires Généraux (the highest administrative rank) were put in retirement. Authorities were reportedly told, ‘either you move forward with retirement in priority ministries by June 30, or we take our money elsewhere in Africa where it’s needed more’. The personnel concerned received generous end-of-career allowances and the Secrétaires Généraux and Directeurs were further incentivised by being given the option to be hired as consultants to help coach the next generation. But in the absence of a functional pension fund, such end-of-career incentives finance a bridge to nowhere and the viability of the whole strategy therefore remains an open question.

In a country with a significant donor presence and a huge array of development programmes, the Congolese administration remains an unavoidable target for reform. Yet, without any improvements in the operation of the administration, the durability of these development programmes will remain doubtful. In that respect, the ambitious civil service reform strategy bankrolled by the World Bank is a very bold and welcome step in this direction.

Of course, the initiative faces huge obstacles, not least tackling head-on the realities of Congo’s administration. Nonetheless, the challenges are not insurmountable. Some obstacles have been partially overcome. For example, through negotiations progress has been made in tackling resistance from trade unions towards rejuvenation and retirement, and from departments defending jurisdictional turf in the face of ministerial restructuring. Other obstacle, such as reform of the public wage system, have fared worse, given tremendous tensions and pressure emanating from the structures standing most to lose in terms of bureaucratic privileges. There is also space for improvement in the timing and sequencing of reform activities. For instance, one wonders why rejuvenation via the hiring of younger civil servants predated retirement, and further, why end-of-career allowances to people were financed before the pension fund itself was set up. But ultimately, implementation depends mostly on the leadership of the ministry of public service, which until recently, has remained bereft of political weight and influence.

This is perhaps the hardest question donors are facing when grappling with the realities of the Congolese regime, and to which there is no simple answer: how can redress be promoted in a setting where the political class has so few incentives for administrative betterment?