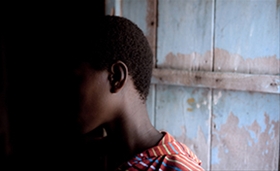 The New Deal and South Sudan: Eggs in one basket state-building?

How resilient will the New Deal prove to be in the face of renewed conflict in South Sudan?

The tragic resumption of conflict in South Sudan has highlighted a concern with the current state-building focus of so much international engagement in fragile and conflict-affected places. As embodied by the New Deal for Engagement in Fragile States, the current emphasis of international support is very much on country ownership with ‘state-building as the central objective’. There is much to commend this process, rooted as it is in fragile states starting to assert their sovereignty and ownership of their own development through the G7+ forum. It’s also an understandable reaction to international engagement that in fragile states has too long ignored national systems and capacities and too quickly substituted for the state.

But there’s a danger that the pendulum has swung too far back the other way. The New Deal works well in contexts where the fragile state and its donors have good relationships [^] and when things are going well. What’s less clear is how resilient it is in the face of renewed conflict, as we are currently seeing in South Sudan. If the New Deal approach, and the shift in international modes of engagement that lies behind it, isn’t well adapted to cope with places where conflict resumes or never really stops, then this presents a major problem because fragile states are, well, fragile and so prone to relapse into conflict and violence. There’s a risk that the emphasis on working through national systems implies an ‘all your eggs in one basket [^]’ approach to supporting post-conflict recovery. International actors may need to think more about how to maintain a critical distance from particular regimes, how to maintain the capacity for independent humanitarian action when needed and how to engage the state and non-state actors at multiple and particularly local levels – not just the national level. As Pantuliano argues [^], international engagement has, ‘too often followed textbook prescriptions and overlooked the political and social realities of the country, treating it instead as a technical exercise in state building.’

There is potential to look at events in South Sudan and ask whether the aid transition after Sudan’s Comprehensive Peace Agreement (CPA) got the balance and timing right in moving away from international actors financed through humanitarian windows to new funding streams and different actors. As Wendy Fenton argued back in 2008, there was a need for a better mix of aid instruments, accessible to NGOs and focused on immediate service delivery and longer-term state building.

When the immediate humanitarian situation (hopefully) starts to improve it will be important to ask whether the post-CPA investments in state building have proved at all resilient in the face of the current conflict, how local-level governance institutions have responded to conflict and what has happened to peoples’ views about the legitimacy and role of the state. These are questions which we’ll be looking to explore in the SLRC South Sudan research programme.