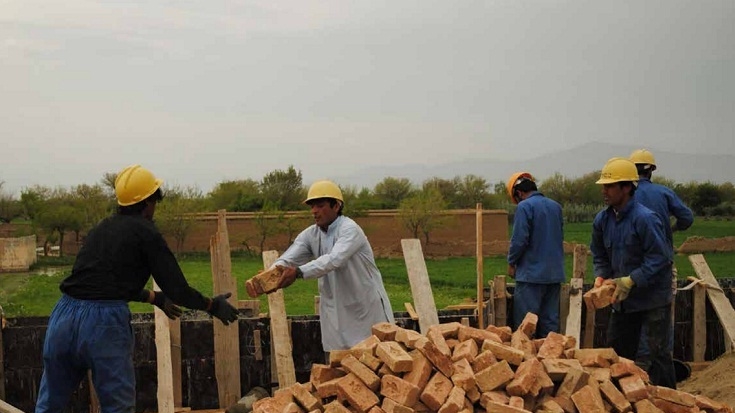 Time to give up on Community Driven Development?

The World Bank recently published the findings of its impact evaluation of Afghanistan’s largest development programme, the National Solidarity Programme. The findings are not hugely positive, so is it time to give up on Community Driven Development?

The National Solidarity Programme (NSP) is a flagship programme – both for development and conflict-reduction work – since it is localised, and makes great efforts to work through small local councils for every project it funds. It is often recognised as one of the better development initiatives in the country.  However, the findings of this rigorous analysis are not hugely positive in terms of impact on the communities in which the NSP operates:

The NSP study is one of several similar pieces of high-quality research into similar Community Driven Development/Recovery (CDD/R) programmes in conflict-affected places over the last few years.  It is not an outlier – the others tell a similar, underwhelming story.  A report [^] by Dr Elisabeth King published earlier this year looking at all CDD impact evaluations in conflict-affected contexts found the following:

This doesn’t mean CDD goes in the bin, but it also doesn’t mean we should plough on with the same model regardless. One option is to adapt the programme (the NSP paper gives ideas on adaptations) and test those adaptations to try and find a model that does deliver some of the impact claimed for CDD. Another option is to lower our expectations for what the CDD approach can deliver – if we build a paper aeroplane, we should not be disappointed that it doesn’t fly us to the moon. Instead we should judge it on whether it can get to the other side of the room. For CDD this might mean re-focusing it as a mechanism for delivering stuff – clinic buildings, school buildings etc. – rather than as a mechanism for bringing about societal and governmental change.  We could then test if against other ways of delivering stuff – through the government or NGOs for example.

But to focus on CDD’s failings here, is to miss the point. The knowledge we now have is great news for CDD and for the communities that will benefit from it in the future. If those working on CDD can learn from the research and improve their programmes then it’s entirely possible that future impact evaluations of CDD will have much more positive findings.

In conflict-affected locations around the world (including Somalia where I work) donors are spending huge sums of money on local-level interventions that are intended to increase social capital, improve community cohesion, peacefully resolve disputes, reduce armed violence, strengthen local governance and so on. These are invariably complex, subtle problems that are not easily solved with the blunt instrument of cash. And there is very little high quality evidence for much of it.  CDD has blazed a trail here – it has shown that it is possible to be rigorous about evaluating impact of some of the most difficult programmes in some of the most challenging places. It is now up to those funding and implementing other programmes with related goals to subject themselves to the same rigour and scrutiny as that from which CDD is benefiting.

This is a guest post by Ivan Parks. Ivan is Director of the Somalia Stability Fund – a local governance and peacebuilding programme in Somalia.  For more info: