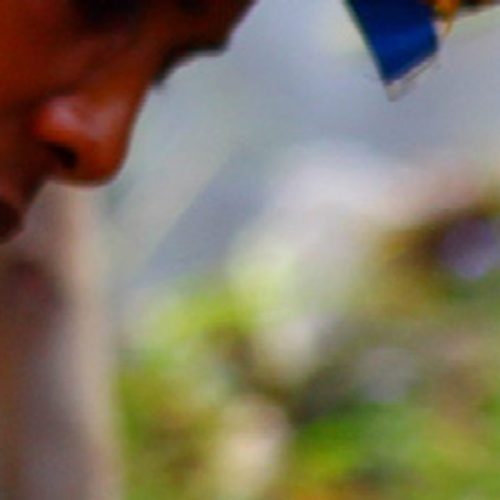 What are SLRC researchers reading?

There’s been a burgeoning interest in issues around development and taxation recently but surprisingly little of it has looked at the impact of taxation on people’s livelihoods or examined issues of conflict and fragility. What I did find was a few good reads on ‘informal taxation’ described below which I was reading because the SLRC is exploring the possibility of developing a proposal with the ICTD [^] on tax and livelihoods in conflicts. If you’re working on any of these issues do get in touch.

Twenty years old now but well worth digging out is a journal article by Prud’homme on informal taxation [^], which looked at how people were taxed at a local level in Zaire. He distinguished six types of informal taxation; 1) ‘pinch’ or the part of taxes siphoned off by tax collectors and administrators; 2) extortions; 3) requisitions; 4) contributions; 5) gifts and 6) donations (to schools). Importantly, as well as describing the processes the article tries to estimate the magnitude of informal taxation and estimates it as five to ten times larger than formal taxation. Also intriguingly, he argues that ‘informal taxation is a cost-effective way of producing local public services and should not be discouraged’.  His call for ‘more attention to understanding informal taxation processes’ remains largely unheeded.

A much more recent article by Olken and SInghal also looks at informal taxation [^]. It analyses household survey data in ten countries to look at the magnitude, distributional impacts and forms of informal taxation. Its focus is on how people pay in both money and labour to the construction and maintenance of local public goods through systems such as gotong royong in Indonesia. It finds that this sort of informal taxation is widespread and often forms a substantial share of local revenue. It forms a small share of household expenditure and a modest share of total taxes paid by households. The definition of ‘informal taxation’ being used here is very different and much narrower than in Prud’homme’s article but some of the conclusions are similar – the strange neglect of informal taxation in the development literature and so a failure to understand its implications both for people’s livelihoods and for local level governance and government policies.

A World Bank review of the literature on subnational taxation [^] is a drier read. It finds that for decentralisation to work ‘subnational governments require significant real taxing power’. It argues that that there are several potentially sound and productive taxes that could be used, notably regional excises (on vehicles and fuel), making sales and business taxes more effective and exploiting property taxes as fully as possible.

Fjeldstad and Semboja [^] point to the large number of local taxes in Tanzania and their significant economic, political and social impacts in spite of the fact that they represent a small percentage of total national tax revenues. They found that local authorities levy a large number of taxes, licenses, fees and charges which are often hard to distinguish, pointing to the need to define taxation broadly. The description of the fantastic complexity of licenses at District Council level was pleasingly vivid; ‘the by-law on hawking and street trading in Kibaha DC specifies in detail 38 different components (including licenses for bicycles, tyre puncture repairs, shoe shiner, car wash, carpenter, firewood, potato chips seller etc).

Devas [^], in a project which carried out research in Georgia, Ukraine, India, Pakistan, Indonesia and Sierra Leone, found that the local informal economy is being ‘taxed’ in ways that create burdens for informal sector business but these taxes are often not generating resources for local governments to improve local service provision. The limited range of local taxes meant that there is widespread use of instruments such as business licenses, market charges, building permits and road tolls. The revenue instruments that do exist are often poorly administered and levels of collusion, evasion and fraud are high. He found that, ‘nowhere did there seem to be any serious attempt to curb unofficial or illegal levies.’

A great read that does look at how taxation (broadly defined) impacts on livelihoods is a World Bank reportlooking at poor traders and cross border trade between the DRC and its neighbours (facilitating cross border trade between the DRC and its neighbours). It found that, ‘the livelihoods and activities of the primarily female traders are currently being undermined by high levels of harassment and physical violence at the border and the prevalence of unofficial payments and bribes’. A female egg and sugar trader interviewed talked about having to give an egg to each official and that ‘some days I have to give away 30 eggs’.

On another subject I was reading up on the implementation of the ‘New Deal for Engagement in Fragile States’. ‘Promises and Pitfalls’ [^] by Stewart Patrick stresses that, whist the New Deal has a lot going for it, a huge stumbling block is the ‘ugly reality of fragile state governance’. He argues that at its foundation the New Deal presumes that governments are weak but well intentioned when they might be run by corrupt even kleptocratic elites. To which I’d add that it also assumes that relations between donors and fragile state governments are positive and risks neglecting some of the hardest places to make progress where relationships are much more difficult.

That sent me back to a review by ODI from 2004 [^]. It is a measure of how fast the debate on fragile states has moved that the term itself is a relatively new one. Less than 10 years ago, the tendency was to talk about ‘poorly performing’ countries. A review by ODI of that debate is well worth digging out because of its emphasis on the relational aspects of labels whether they’re ‘poor performer’ or ‘fragile’. It concluded that, ‘the problem of poorly performing countries must also be understood as relational, in other words that the labelling of a country as poorly performing is in part a reflection of the political, security and aid relations between the country and the international community’. This perspective on the importance of relations between conflict and fragile affected countries and the international community has been somewhat lost in more recent debates about fragility but it continues to play an important role in how and with what aid instruments donor countries seek to support populations in need.

Finally, there a new IDS report on governance [^] in Sierra Leone which looks at the role played by chiefs both during the war and after it. It finds that many chiefs hung on to their legitimacy or were quickly restored to power after the war. It introduced (to me at least) some new terminology, ‘multileveled and networked governance’ and the fact that there is a research programme at IDS [^] led by David Leonard focused on ‘security in an Africa of Networked, Multilevel Governance.